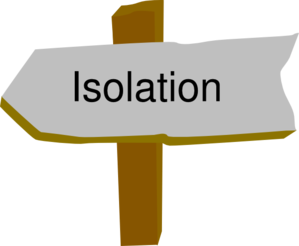 Why has isolation been removed from the hierarchy of controls?

Why has isolation been removed from the hierarchy of controls, is it no longer important? - Unravelling a common misunderstanding of the new Health and Safety at Work act 2015.

In previous years we have been governed by the Health and Safety in Employment Act 1992. In this act it was made clear to us that we must identify hazards, assess whether these are significant or not, and then introduce control measures in the correct order. This was known as the hierarchy of controls. The control measures were to eliminate the hazard, isolate the hazard or minimise the hazard. It appeared to be widely accepted and a common sight in construction zones is the hazard ID board with the abbreviations "E,I,M". This system enables people to think about practicable steps, however in my opinion it was never really sufficient to entirely cover all bases, as I witnessed many instances around various workplaces in which the minimisation controls were the only ones able to be put in place, and primarily this consisted of simply Personal Protective Equipment (PPE). PPE should not be the first and only point of call to minimise the exposure to hazards in the workplace.

This is one place where the new Health and  Safety at Work Act 2015 is different. Primarily the act discusses the hierarchy of controls as Elimination and Minimisation only. It states that the PCBU must take "reasonably practicable steps to eliminate risks to health and safety". If it is not reasonably practicable to eliminate the hazard then the PCBU must minimise risks in accordance with the Health and Safety at Work (General Risk and Workplace Management) Regulations 2016. This set of regulations lays out a second hierarchy of controls which fall under the minimise bracket. These controls are listed as:
"Substituting (wholly or partly) the hazard giving rise to the risk with something that gives rise to a lesser risk. E.g. by replacing a solvent-based paint with a water-based paint.
Isolating the hazard giving rise to the risk to prevent any person coming into contact with it, such as total enclosure, segregation or partial enclosure systems.
Implementing engineering controls" – "These are controls which are physical in nature and includes a mechanical device or process" such as local or general ventilation.
If a risk still remains then administration controls must be implemented, followed by provision of Personal Protective Equipment. Admin controls include Standard Operating Procedures (SOP), company policy etc.

So you see that Isolation is still listed as part of the hierarchy, however it has now been identified as a minimisation technique. It is also important to note the PPE is the last step on the hierarchy, which means it should only be put in place once all the other controls measures have been considered and implemented.

James Pinchin is the Wellington Regional Training Manager for VHNZ - his background boasts 15 years as an emergency services volunteer with the NZ Coastguard and NZ Fire Service and recently worked as a Safety Adviser for WorkSafe New Zealand.