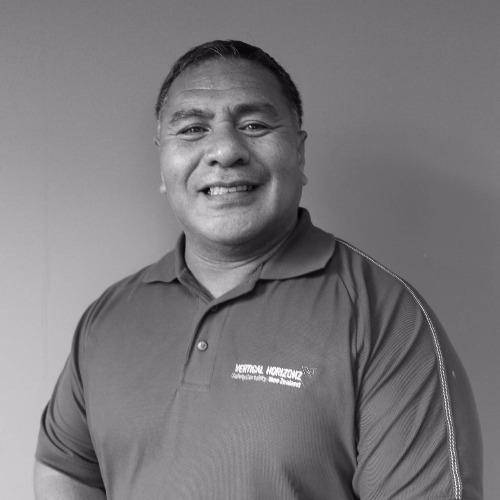 Sel is one of our Industrial Safety trainers specialising in Confined Space and Gas Detection, Elevated Work Platform and Pole Top. He is based in Christchurch and travels both the North and South Island delivering training.

VHNZ is lucky to have Sel who utilises his 13 years NZ Army experience and work in demanding corporate environments to train with clarity and accuracy. He imparts his experience and knowledge to others achieve the desired and positive outcomes.

Sel also serves his local and wider community as a Fire Fighter; Fire Rescue, (Volunteer) with the NZ Fire Service, and as a First Responder to medical incidents.

Sel told us more about his experience and thoughts regarding the health and safety industry.


Sel, what is your first memory of the importance of safety?

In Industrial Safety? At the Freezing Works, before I joined the Army. Not wearing the appropriate footwear for a particular area. The lambing conveyor belt leading up to the kill/shock room with an adjacent 35 degree 30m long angled stairwell. Being slippery, I fell/tumbled down the stairs 15m. There was a faint notice 'No Gumboots on stairwell ' no-one told be me, nor did I did not read the fine print. Bigger signs were later installed as a result of that.

What do you wish other people knew about safety in New Zealand?

Safety is an art form, therefore, then treat it like an art form, 'A concept that encapsulates all visible features whether it be visual expression or physical'

What has surprised you most about working within Health and Safety, Industry training?

That the wording 'Duty of Care' or 'Primary Duty of Care' took so long to take a foothold now apparent in our new HSWA framework. Used in our legal system for as long as I can remember, such wording which has soft tones however if fallen on the wrong side of the Act would have a big impact if a matter was brought against you. If brought in earlier supported by robust campaign we may not seen as many deaths in a workplace, in my opinion.
[In tort law, a duty of care is a legal obligation – Reasonably Foreseeable) watchfulness, attention, caution and prudence that a reasonable person in the circumstances would.....]

Tell me about something you've learnt while working at VHNZ?

The support system is like no other, whether Company supported or from fellow colleagues, drawing good advices & their experiences etc.

What might (someone) be surprised to know about you?

I was supposed to be a Catholic Priest. Became a Visionary start of prepping phase towards becoming one until at 15 – 16 yrs old, my grandmother feared I might corrupt the nuns and pulled me out. "be a soldier like your dad then" she said.

If you were alone on a dessert island and could only take three items what would you take?

If you won lotto what would be the first thing you'd buy?