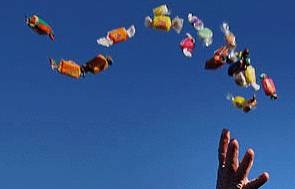 Did you know…?
A report on the loopy rules and regulations frustrating New Zealanders was released last month.

The Rules Reduction Taskforce was established by Local Government Minister Paula Bennett in October 2014 to engage with the public and capture their concerns about frustrating, ineffective rules.
New Zealanders are fed up wasting time and money trying to work with loopy rules. We were tasked with identifying rules and regulations which are not fit-for-purpose and which impose unnecessary bureaucratic burdens on property owners and businesses.
Everyone we heard from has had tales to tell of loopy rules - requirements that are out of date, inconsistent, petty, inefficient, pointless or onerous. These are the things that really annoy people, whether they run a business or own their own home.

We did hear of rules that protect people, the environment, infrastructure and our heritage but which still enable individuals, businesses and our economy to prosper and grow. But we are struck by the number of instances where the good intentions of the rule-makers are somehow lost in the translation to the real world. It was a surprise to us to find out that a number of the loopy rules are in fact just myths. They are misinterpretations and misunderstandings that have been repeated so often that they have taken on the status of facts.

Myth: Lolly scrambles are banned because they're unsafe for kids.

Myth: It's illegal to use step-ladders and saw horses.

Reality: There are no Government rules banning their use. There are also no rules requiring harnesses or scaffolding to complete work at small heights. What is absolutely important is that people are careful when they use step-ladders or saw horses.

However, The Health and Safety in Employment Act 1992 requires that they be used in the way the manufacturer intended them and that employers take steps to eliminate the risk of a person falling and injuring themselves.

Myth: Farmers are liable if a visitor to their property trips over a tree root.

Myth: Kiwis can no longer complete DIY work on their own properties.

Top Ten Fixes
Fixing individual rules that don't make sense is the main priority, and we have identified many opportunities for central and local government to consider.